Frank Gingg and Anges Mattson are my husband’s paternal great-grandparents.  This photo hangs on the wall in Grandpa John’s house  The notation on the back reads “Frank and Agnes Sept 1925.”

Frank and Agnes were married on September 5, 1925 so this may be their wedding photo.  If you think Agnes looks young, it is because she is.  She lied on her marriage certificate stating that she was 18 when her real age was 16.  Frank was just one month shy of his 20th birthday at the time of their wedding. 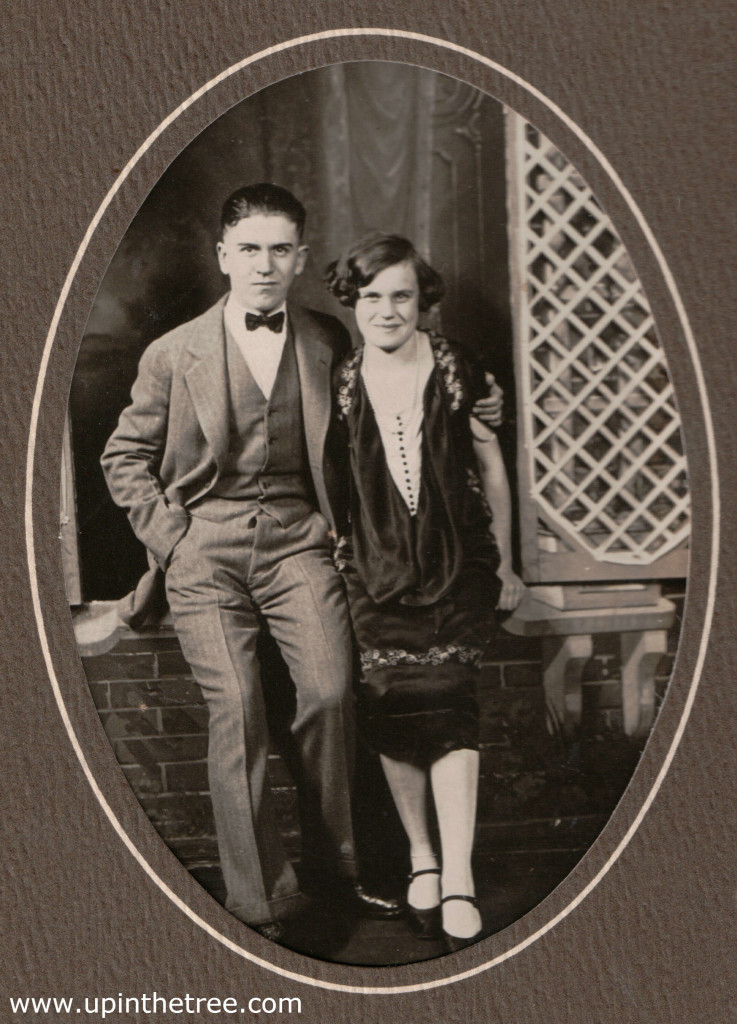