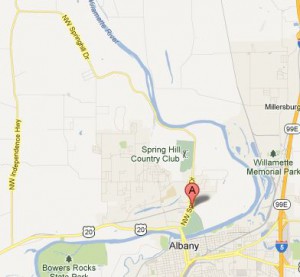 Caroline Flock is my great-great-great grandmother.  She was married to  John F. Flock and they had 13 children together.  They met and were married in Iowa and later moved to Kansas and then Oklahoma.  Both Caroline (full name Amner Caroline Ramsey) and John F. Flock are buried in the Enid Cemetery, Enid, Oklahoma.

I have found a set of entries for Caroline Flock in city directories at Ancestry.com. In 1926, 1928, and 1931 Caroline is listed as living at 227 W Mulberry Avenue, Enid Oklahoma.  She was listed as the widow of John in all of the entries.  I know that she is living with her daughter, Addie, during this time.  Addie is listed separately in the city directories under her married name, Tharp.  Addie had moved to Oklahoma from Oregon after her husband, Frank Tharp, died.

My first set of records I have given sweet genealogy love to from my Ancestry.com shoebox all pertain to the Radvany family.  They confirm the makeup of the family and where they resided from 1937-1943.  This information has been previously documented through other sources such as the federal census, obituaries and death records.

The 1937 and 1939 directory list both Mary and her oldest son, William.  The 1941 directory lists Mary, William, and the second oldest daughter, Violet.  The oldest daughter Julia was already married and living with her husband.  The last directory in 1943 adds Walter to the family listing.  Walter was my husband’s grandfather.

We also find evidence of the family in the 1940 federal census.  The family is headed by the widowed Mary.  (Louis Radvany died suddenly after being hit by a car in a neighboring town in 1930.  I have written about his passing here.)  The household lists the remaining children at home: William, 23; Violet, 17; Walter, 15; Gloria, 13; Angeline, 11.  William, the oldest son was the only person in the home to receive any income.  Sadly, the family was living through some very tough times.

All of the above records place the family at 2416 Schrage Avenue, Whiting, Indiana.  Below is a google map of the area today.  You will notice that the Radvany’s lived within a mile of Lake Michigan and immediately across the street from the Standard Oil plant (today it is a Chevron plant). All of the men in this family worked for Standard Oil.