It turns out to be no surprise that my husband loves to brew his own beer.  His second great grandfather, John Pope, was the owner of North Star Brewery in San Francisco, California.  The brewery was open from 1897-1920. 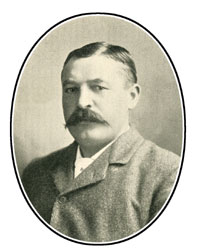 The brewery was located at 3312 Army Street in the Mission.  The photo below was taken from a brochure for a restaurant, The Old Clam House, that occupied the same space later in the 20th century.  The original is held by John A. Pope, Hopland, CA. 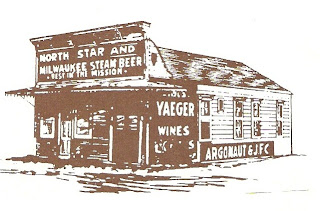 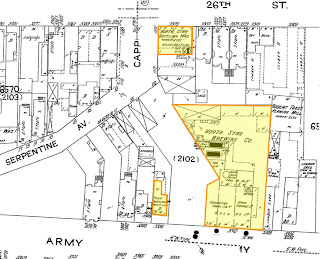