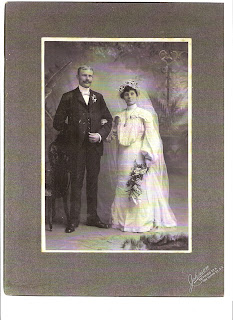 Abraham Strickler was born at home along the banks of the Shenandoah River South of Luray, Virginia on October 24, 1853.  The Strickler family was one of the original 8 families that settled what is now Page County, Viginia in the 1730’s.  The original Abraham Strickler who settled the area would be this Abraham Strickler’s great-great grandfather.  Abraham’s great-grandfather, John was granted the 230 acre family farm on the Shenandoah river.  John’s son, Martin (Abraham’s grandfather), bought out his brothers upon John’s death to own the entire farm.  He later bought adjoining property to bring the farm to 350 acres.  Abraham’s father, David Strickler, was running the famliy farm at the time of Abraham’s birth even though his father, Martin was still alive.  Abraham’s grandparents, Martin and Anna, lived in the original family home next to the Abraham’s family.  David built the fancy ‘new’ brick family home in the years immediately before Abraham Strickler’s birth (1851-1852). 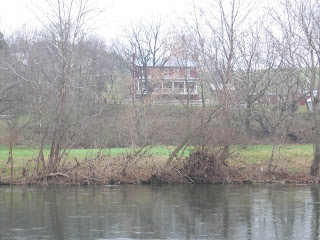 Abraham was the youngest of 10 children, 5 girls an 5 boys.  The family was wealthy, living on 350 acres of land.  Even though most of the farm work was done by the sons and hired hands, the family did have 1 slave.
Abraham’s first marriage was to Emma Dovel on December 24, 1874.  Abraham and Emma were 22 and 21 years old when they married.  Emma lived on a nearby farm run by her father.  The Dovel’s were another founding family of Page County.  Abraham and Emma had one son, David Walter Strickler, in March 1876.  The son’s obituary indicates that Emma died in Kansas City, Missouri when the family moved there a couple of years after he was born.  I found both Abraham and David living with Emma’s family in the 1880 census in Page County, Virginia.  At the time of the census, Abraham is 26 years old and David is 4 years old.  Apparently, they had decided to head back to Virginia after Emma’s death.
Sometime between 1880 and 1885 Abraham left his son in Virginia with his deceased wife’s family and he headed to Kansas again.  He was enumerated in the 1885 Kansas Census in the town of Albion, Republic County, Kansas as a farmer living with one of Emma’s brothers, Benjamin.  There is no documentation that shows Abraham kept in touch with his son.  David Walter Strickler’s obituary mentions that he moved in with his aunt’s after his mother’s death.
Abraham married his second wife, Effie Flock, about 1888 in Republic County, Kansas.  Abraham is 35 years old at the time of his second marriage.  His wife Effie is 22 years old.  It is unknown if Effie knew of Abraham’s first family.  Abraham and Effie had 4 children, 1 boy and 3 girls between 1890 and 1902.  The son, Earl Jasper, died as an infant.  The three daughters were named Opal, Ruby, and Emerald.  They were Abraham’s ‘three jewels.’ 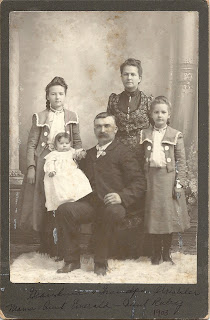 It appears that the family lived on two different farms when the children were little.  Both the Federal census in 1900 and the Kansas Census in 1905 shows that Abraham owned the farms he worked.  The family first lived in Narka, Republic County (about 1888-1900).  They were in Haddam, Washington County when their youngest daughter was born.  They lived in Haddam approximately 10 years before moving in 1908.
In 1908 the family moved to Fall River, Kansas.  This was a big move as Greenwood County, Kansas is approximately 250 miles southeast of Haddam, Kansas.  I have not found any documentation that indicates why the family made the move to southern Kansas.
According to Abraham’s obituary, he quickly became invovled in the community in Fall River.  He purchased the Rodgers Hotel in town and an interest in the Fall River Creamery.  He also purchased a farm outside of town that he worked.  The family lived in a home in the town of Fall River.  Unfortunately, Abraham had a stroke in October 1909 at the age of 56.  He was not well after the stroke and died 4 months later on March 23, 1910.  He was initally buried in the North Pole Cemetery, south of Fall River.
On a trip to Kansas in October 2010, I was surprised to find Abraham Strickler buried next to his wife Effie in Topeka, Kansas.  Effie had remarried in 1914 to John Scott and was widowed a second time before the 1920 Federal Census.  Effie was again remarried in 1931 to her third husband.  She died in 1939 still married to Daniel Hogbin.  The Penwell Gabel Cemetery in Topeka was able to locate records that show when the cemetery opened Effie bought 6 plots on July 1st, 1925.  There is a letter dated January 5, 1926 asking Effie for payment of $5.00 for meeting her husband’s coffin at the train.  Effie had Abraham disinterred from his grave in southern Kansas so that he could be near to her in Topeka.  Abraham was the 50th person buried in the cemetery in Topeka.  Effie and Abraham are buried next to each other. 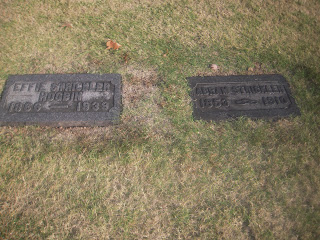